Home > Archive > Space businesses shooting for the moon—and beyond 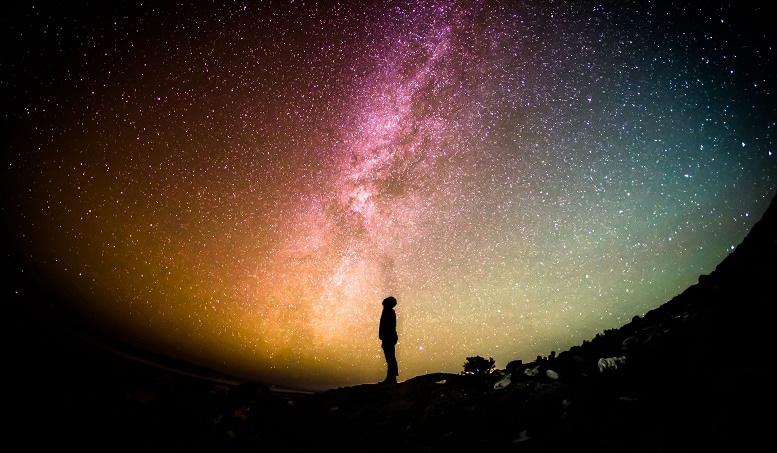 Space businesses shooting for the moon—and beyond

Today marks the start of World Space Week. For the past century or so, the concept of space and its exploration has captivated us. As a species, we’re naturally inclined towards exploration, movement, and discovery. Entire planets, systems, and reaches lay undiscovered. A whole universe’s worth of wealth – both tangible and intangible – remains untapped. And space businesses are emerging to lead the way.

To borrow a famous phrase from Star Trek, space is the final frontier.

It should come as no surprise that, following the slow-down of government-funded space programs, the private sector is looking more and more into space travel as the next big revolution. The companies that first successfully break into this market will undoubtedly make it huge as the industry develops further.

We are entering an age of a new space race: one that is being held not by government superpowers such as the U.S.A. or the U.S.S.R., but one being held between private companies.

The business of space

Unlike the space race of the Cold War, which could be described as a show of dominance between the U.S.A. and the U.S.S.R., the “Second Space Race” is primarily focused on utilizing space as a commodity to be sold. While there is potential in the future to pursue space travel for industrial purposes, such as orbital manufacturing or asteroid mining, these are still in the realms of science fiction. The technology, and just as crucially the economic backing, isn’t quite there yet.

Instead, what space businesses today are focusing on is space tourism. There is already a growing market for people who want to be taken up to space just for the experience, and companies across the globe are looking into ways this can be accommodated.

Virgin Galactic is one space business already selling tickets to low earth orbit. $200,000 secures your seat on its commercial space shuttle (although the story so far is not without its setbacks).

From there, it’s hoped that these companies can branch out into more adventurous escapades, including big, historical achievements such as setting up a permanent colony on the Moon or on Mars.

Space tourism is still an industry very much in its infancy, and, as yet, no company has been able to successfully set itself up as a regular provider. Nevertheless, several companies are already getting notably close. These are the contenders looking most likely to start dispatching the first commercial launches within the next decade.

We’ve already mentioned Virgin Galactic, set up by the Virgin Group in 2004. Its founder, Sir Richard Branson, had been hoping to see a maiden flight as early as 2009. From there, the company intends to offer regular excursions into space for paying customers.

However, Virgin Galactic has suffered a series of setbacks. Most devastatingly, the loss of the VSS Enterprise when it fell apart during a test flight in 2014. And this has unsurprisingly pushed the timeline back indefinitely. 2018 marked successful test flights with the VSS Unity. This puts Virgin Galactic back on track to being the first company to achieve a commercial space flight.

Another contender in the private space race is SpaceX, set up by Elon Musk, of Telsa fame. SpaceX has already worked closely in space travel before, achieving a long list of firsts in the field. And, most notably, being the first company to send a human-rated spacecraft to dock with the International Space Station, which it achieved in March this year.

While Virgin Galactic is focusing on low-orbit trips and the experience of space travel, Elon Musk has set his sights on more daring goals. SpaceX seeks to send paying passengers to lunar orbit, and eventually beyond. Such goals so far have been delayed, and as of yet no pricing or waiting list has been revealed by the company.

Finally, also worthy of mention is the commercial airline giant Boeing. Boeing has set itself up as another force to be reckoned with in space business. After securing an agreement with NASA, Boeing was tasked with designing a new crew capsule for the organization. In return, Boeing gets to offer seat space to future paying passengers. It’s anticipated that at least one space tourist will be included in each space mission, providing Boeing with a steady return on investment.

The future of commercial space travel

Of course, this growth is not guaranteed. The current rate of investment assumes no major economic troubles on the global stage. And any such disruptions could see a crash in investment. While the space industry remains sound, it’s vulnerable to another recession.

Likewise, many fear that investors may be burned by the slow payoff. Space tourism is still in its embryonic stage. A lot of capital needs to be invested before any results can be seen.

Those directly involved in the industry remain optimistic. There’s always the chance that some space businesses seemingly destined for success could collapse. But this is the nature of a new industry trajectory. Rather than being an indictment of the space tourism industry, it should be considered a natural part of the process.

As we leave the 2010s and enter the 2020s, it will be very interesting to see how space tourism continues to develop, and what impact it will have on the global economy.