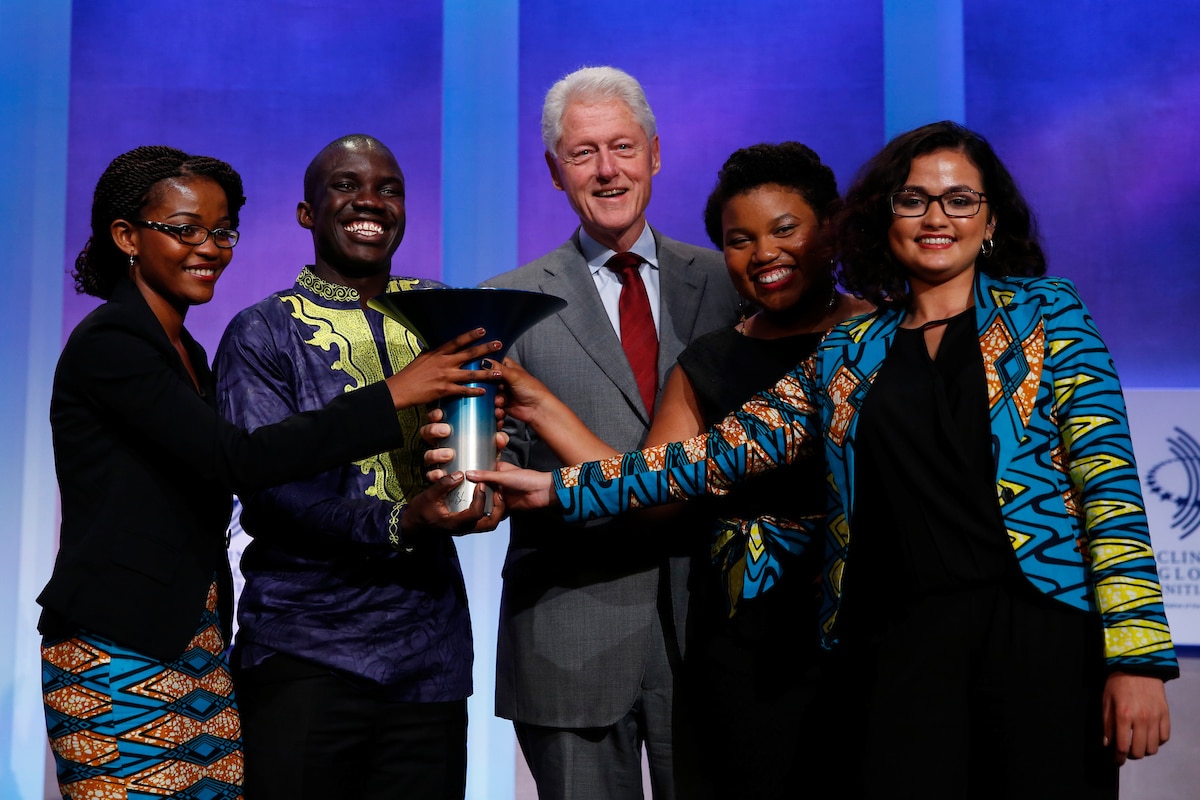 The past 12 months of the Hult Prize saw more than 1,500 student entrepreneurs pour 2.5 million hours of their time into innovation focusing on the demand side of social entrepreneurship. Their challenge? To double the income of 10 million crowded urban space dwellers by 2022. By the time the much anticipated Hult Prize final—held in conjunction with the Clinton Global Initiative—occurred in New York City on September 21, five incredible teams pitched their plan and were vying for an equally incredible prize- 1 million USD to continue their life changing venture.

“For the five remaining teams, the Hult Prize is the Super Bowl, American Idol, and Nobel Prize rolled in to one. One chance to win 1 million dollars and literally change the world,” said Dr Stephen Hodges, President of Hult International Business School.

Before the five teams pitched before the crowd, long-time supporter of the Hult Prize and Nobel Prize Laurette Professor Mohamed Yunis simplified what the social entrepreneurship landscape needs.

“Design a business to solve a problem, not to make money for yourself, but to solve the problem that you have in front of you. You’ll be amazed at your creativity and you’ll be amazed at how easy it is,” he said nodding onlookers.

One-by-one, the teams made their inspiring pitches and explained their business models, what they had achieved, and where they planned to take their ideas next—all in just 6 minutes. The finalist teams were Magic Bus, Pro Trash, SimPrints, Synergy, and Musana Carts, and though each had a different idea, they all promised to double the income of slum dwellers by 2022. The judges had a tough decision ahead of them.

After almost an hour of deliberation, President Bill Clinton took the stage.

“I always love this night, and we are a little late because the teams did such a good job. I am grateful for the teams who spent a year looking for ways to increase economic opportunity in the world’s poorest urban areas. Few things are more central to increasing human dignity and self-worth then the ability to provide for oneself and one’s family.”

“While just one team will take the prize home, I can tell you that every idea has tremendous potential and I personally hope they can all be funded. The truth is you never know which one is going to catch on the best until you implement them all. One of the things I love about these reality TV shows like The Voice and these talent shows in America is that very often the person that turn out the richest and most productive career is the one who finished second or third in the contest. Don’t forget that.”

In the end, Magic Bus from Earlham College were announced the winners. You can read more about them and their win here.

The 2017 Hult Prize Challenge was also announced. The challenges is titled, “Refugees – Reawakening Human Potential,” and it will focus on restoring the rights and dignity of people and societies who may be or who are forced into motion due to social injustices, politics, economic pressures, climate change, and war.

To learn more about the Hult Prize, visit their website here.

To find out more about Hult’s programs download a brochure.

Make the most of what your career has to offer with a Masters in International Business from Hult. To learn more, take a look at our blog Taking me beyond business: Finishing my masters with the Hult Prize Finals, or give your employability a huge boost with an MBA in international business. Download a brochure or get in touch today to find out how Hult can help you to explore everything about the business world, the future, and yourself.