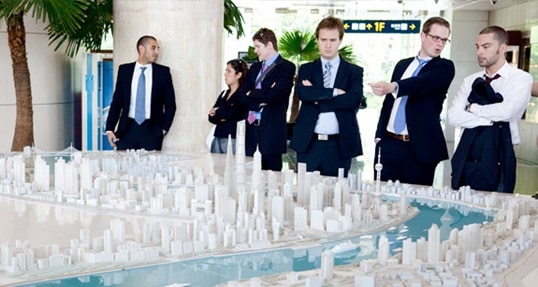 Written in collaboration with Daniel Deneffe, Professor of Strategy and Managerial Economics at Hult International Business School, for the Harvard Business Review Blog Network “Don’t Write off the (Western) Focused Firm Yet“.

The rise of Tata in India, Koç Holding in Turkey, and Grupo Carso in Mexico have some management thinkers contending that the conglomerate is back at the expense of the focused firm. In his article “Why Conglomerates Thrive (Outside the U.S.)” in the December 2013 issue of the Harvard Business Review, J. Ramachandran concludes from a study of the performance of listed Indian business groups that the conglomerate is a winning organizational structure, even if isn’t popular in North America yet. In its January 11th issue, The Economist also argues that conglomerates are spreading their wings again. Often the debate turns ideological, arguing that the (emerging-world) conglomerate is an intrinsically better construct than the (Western) focused firm.

In our opinion, which of the two is the more successful depends on the context in which the business operates. Specifically, focused firms fare better in countries where society expects and gets public accountability of both firms and governments, while conglomerates succeed in nations with high public accountability deficits.

Simple micro-economics sheds light on the issue. Imagine you are starting a new business. What will make it successful is your ability to induce customers to buy from you rather than from someone else. As long as the revenues you obtain from those customers exceed your costs, you will turn a profit. You would consider first whether you could offer a distinct product to each individual customer that perfectly matches his or her unique preferences. Of course more often than not you would find out that such extreme customization is not profitable. As a consequence, you would begin to lump similar customers together into segments to which you offer a “compromise” product. While you no longer extract maximum value from each customer, you are still better off as a result of economies of scale and scope.

As this phenomenon repeats itself, the diversified firm is born. You add product families first, followed by business lines, each time addressing extra customer segments. As long as the extra revenues justify extra costs, and economies of scale and scope outweigh the cost of increased complexity, it makes sense to continue diversifying.

The nature of these economies of scale and scope change as you diversify more and more. Initially these savings are mainly physical, as you stretch the use of tangible assets such as plants, networks and systems. Subsequently they become more knowledge-based, as you share technologies, brands and customer intelligence. Finally, when you are at the conglomerate stage, they relate to social capital, as you move talent across internal boundaries and leverage personal relations with politicians, government officials, investors and other external parties who can greatly facilitate or obstruct your plans–not necessarily with the greater good in mind.

Given the still-prevailing “conglomerate discount” Western firms are subject to (i.e., the conglomerate share price is less than the sum of the values of its constituent businesses), we would argue that the economies from leveraging personal relations with external parties are non-existent in these firms. The forces of lawmaking, jurisprudence and, yes, ethics bring about sufficient transparency, market efficiency and fair business behavior for the conglomerate not to be worth its salt.

In the emerging world, however, these forces may be underdeveloped. In such cases officials, investors and other parties put extraordinary trust in the people they know at the helm of the successful conglomerate, for example to realize their pet projects, invest their funds or set up a joint venture – and are willing to pay a premium for it. For example, the local connectedness of emerging market conglomerates is one of the main reasons why many Western firms, in industries as diverse as electrical power and insurance, set up joint ventures with them. In addition to serving customers – which stays the very raison d’être of a firm – the conglomerate thus serves also as a conduit for initiatives that the external parties otherwise might find too risky to pursue. For example, investing in a partially listed subsidiary of a conglomerate that has been around for more than 100 years in a volatile emerging market gives a greater sense of comfort than going it alone.

Take a tobacco company in the U.S. It may spend fortunes on lobbying, but it is all about promoting its one business activity, i.e. tobacco. It doesn’t get into, say, cereals, because it realizes that knowing this one Congressman won’t make it as successful in cereals as a focused cereals manufacturer. There is no “scope effect.” But if this tobacco company wants to enter, say, India, it could establish a joint venture with a local conglomerate that has all the right connections, be it with a governor for land, another firm for electrical power, etc. It doesn’t matter that this conglomerate isn’t in tobacco yet. It just leverages its connections, and will somehow ask a premium for that know-who from its U.S. JV partner, for example by getting a higher stake in the JV than it otherwise would deserve.

We don’t expect this phenomenon to re-emerge in the Western world, and thus the conglomerate to regain a foothold. Quite to the contrary.

Consider PPG Industries. The US-based company used to be a diversified industrial group, with activities in all types of glass, chemicals, paints, optical materials and biomedical systems. Through a raft of acquisitions and divestments since the early 1990s, it has transformed into a focused world-leading coatings manufacturer with $15 billion sales. In 1995, glass and coatings each accounted for about 40% of sales. By 2012 as the firm became more focused, this split had evolved to 85% coatings and 7% glass. In that same period PPG’s share price has risen by a compound average rate of 6.6%, compared to 5.1% for the S&P 500 Industrials. Quite a respectable performance for a company operating in a fairly mature industry. It may well reflect the power of focus.

At the same time, we’re not arguing that conglomerates aren’t effective in emerging markets. One statistic that, unfortunately, may point to the lasting importance of local connectedness is the Corruption Perceptions Index published annually by Transparency International. It uses a scale from 0 (highly corrupt) to 10 (very clean). Since 1995 the index has remained stable at around level 3 in India and level 7.5 in the U.S., to take these two countries as an example. Until such public accountability deficits can be addressed, the economies of scope related to social capital (“this-person-I-know-and-trust-in-an-otherwise-untrustworthy-environment”) will sustain the conglomerate phenomenon in the emerging world.

The conglomerate is a “necessary evil” in many emerging markets: without it, things might not work. But it is a symptom of a deficit that has a high societal cost. That’s something to think through before heralding its return. In the meantime, (Western) consumers, investors, and society at large should be delighted with the focused firm.

This article was originally published by the Harvard Business Review Blog Network,”Don’t Write off the (Western) Focused Firm Yet“. Professor Daniel Deneffe is the Professor of Strategy and Managerial Economics at Hult International Business School.

Hult offers a range of highly skills-focused and employability-driven business school programs including a range of MBA options and a comprehensive one year Masters in International Business. To find out more, take a look at our blog Hult International Business School launches Master in Social Entrepreneurship. Download a brochure or get in touch today to find out how Hult can help you to learn about the business world, the future, and yourself.