Home > Thought leadership > Business and the environment: A European perspective 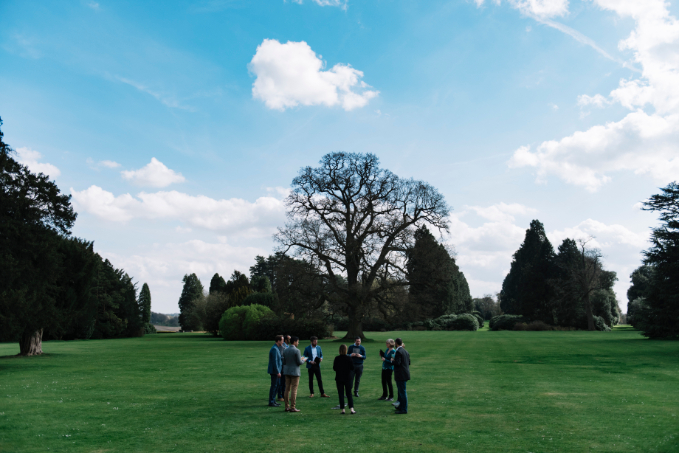 Business and the environment: A European perspective

It could easily be argued that the 2020s will be marked more than any other decade by the issue of environmentalism, and the roles that businesses and industries have in it.

On October 31st, 2018, in London, 1000 people declared a “rebellion” before the Houses of Parliament. They blockaded the British Departments for Business, Energy & Industrial Strategy, blocked the main roads leading into Westminster, and unveiled a banner over Westminster Bridge. This marked the birth of the Extinction Rebellion, a global grassroots movement against climate change and environmental damages caused by commercial activity, and especially the lack of action to guard against it.

Since then, the Extinction Rebellion—often abbreviated as XR—has staged numerous protests, blockades, die-ins, and demonstrations in various cities and towns across the globe, from London to Canberra, targeted at commercial and financial centers. Although often controversial in their tactics, they symbolize a growing concern about human activity and its impact on the world we live in.

In response, numerous governments, organizations, and businesses worldwide have made more concerted strategies to tackle climate change in an effort to encourage more productive engagement with Extinction activists.

Climate change legislation and its impact on business evolution

In response to growing concerns about climate change and environmental damages caused by industries, nations across the world have begun passing legislation regulating industrial activities and their impact on the environment. The UK led the way in 1956 with the Clean Air Act, which sought to tackle the infamously poor air quality in London and other industrial towns. It encouraged movements towards smokeless fuels, required future furnaces to be smokeless, and regulated how homes and industries could heat themselves.

Other nations followed, and by the 1980s and 1990s, there was international recognition of how the Industrial Revolution and the subsequent economic development of the planet had impacted the world we live in. The Kyoto Protocols, agreed upon in 1997 and coming into effect in 2007, marked a concerted international effort to reduce carbon emissions within the signatory nations. This was followed up by the Paris Climate Agreements in 2015.

Businesses can step up and drive the economy towards an eco-friendlier direction.

The agreements led to greater investment and encouragement of green energy and environmentally friendly business practices. Measures such as the carbon tax, subsidies for renewable energies, and harsher penalties for environmental damage were issued, which has pushed business towards more eco-friendly methods.

In the United Kingdom, the use of coal as an energy source has plummeted in favor of cleaner energies such as gas, wind energy, and tidal generators. The European Union, likewise, has implemented numerous programs intended to invest in green business practices in its member states.

Businesses have had an important role to play in meeting these targets as well, as no single nation on the planet has the reach or resources necessary to tackle them. In this regard, businesses can step up to provide the innovation, investment, and drive necessary to push the economy towards an eco-friendlier direction, while governments set the relevant policies.

How effective the Kyoto Protocol and Paris Agreement have been is up for debate, but it marks a massive shift in public perception about business and the environment. While environmentalism is nothing new—Victorians were already keenly aware of the impact wanton industrialization has had on the land around them—it has reached fever pitch in recent years.

This has given rise to growing public consciousness of how individual economic activity can impact the environment, and a desire to shop ethically. Many consumers want to ensure they have a low personal carbon footprint and will take pains to use businesses and shop for products that have the least impact on the environment.

Many businesses are recognizing the importance of showing a more ethical and conscientious outlook regarding their business practices and are adjusting accordingly.

Many consumers shop for products that have the least impact on the environment.

Not every sector has moved equally. The fossil fuel industry, infamously, remains fixed in its practices and has yet to catch up with other sectors of the global economy. Whether through lack of ability or lack of will, the majority continue to pursue practices that are considered harmful to the planet.

Others, meanwhile, have embraced the environmentalist philosophy and have employed numerous strategies to help ensure they have a healthy and green reputation with their consumer base.

The rise of green business

There is a strong moral imperative behind promoting a harmonious relationship between business and the environment, not least because businesses are responsible for such a large percentage of greenhouse emissions.

As the next century progresses, it will undoubtedly be the business world—such as it is—that takes the lead in combating climate change and environmental damage.

However, there are strong tangible benefits behind such policies too.

It’s in every business’s best interests to promote long term growth, as doing so presents a sounder portfolio for investors in the future and generates greater long-term profit. Furthermore, consumers today will look more favorably upon businesses that adopt sound environmental practices and be more willing to offer them custom.

Business can exploit their ethical approaches to the environment, using them to create engaging new marketing stories to inform potential customer bases. The brand becomes not only more visible but more relevant as well.

As businesses adopt greener strategies towards their growth, many will find their budgets become much more cost-efficient. Green energy reduces overall expenditure on electricity and heating bills, whereas recycling materials is often more cost-effective than purchasing new materials. The money saved by these efforts can then be reinvested back into the company, allowing the training of more staff or the development of new equipment and products.

Environmental policy is a win-win scenario. Not only does it help reduce negative impacts on the world around us, but it will also vastly improve the bottom lines of those businesses that positively engage in it.

Browse mba degrees or masters degrees where every course has an ethics or social impact component and you’ll be encouraged to consider profit, planet, and people.