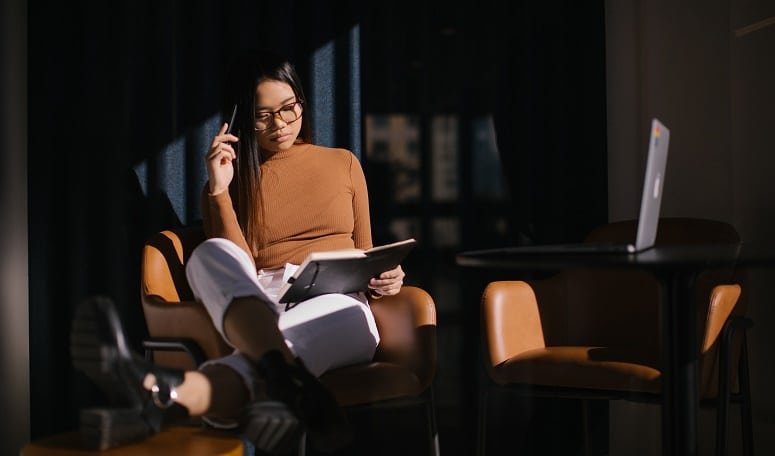 There is no escaping the AI revolution. Over the next few years, technological advancement will affect all sectors of the workforce. Humans will face a new kind of competitor when it comes to seeking employment. The Hult research project “Visions of the Future: Hopes and Fears in an Age of Automation” canvassed 400 undergraduate students across the U.K. and U.S. to understand their visions of their futures. This included ~50 Hult students before and after studying the course “Robotics, Business, and Society” at the London UG campus. Quantitative and qualitative data was assessed in relation to their hopes and fears and how they’re preparing for the coming changes.

All 400 respondents acknowledged that AI and automation would impact their careers to some degree. They expressed a mixture of confidence and anxiety about their future in a workplace dominated by AI. Most felt unprepared for this future. The lack of preparedness contributed to a sense of fearfulness. Here, we look at some of the key findings in more detail.

What futures do students see in an age of AI?

Our findings showed that students were experiencing mixed emotions about their future. 96% stated that they were worried about the changes AI could bring to their working life. But 90% were also enthusiastic about these changes.

When asked to elaborate on the benefits and challenges associated with a future shared with AI, almost one-third of students were entirely hopeful. Almost one-in-five focused on their fears. And a quarter described a mixture of both hope and anxiety about the prospect of living and working with AI and automation.

Those students who expressed hope and/or excitement for the future spoke of a workplace that was more “efficient,” more “effective,” and more “interesting” thanks to automation and AI. They felt that emerging technologies would “reduce costs,” “eliminate the drudgery of repetitive tasks,” and “free up time” that could go towards more interesting and meaningful work or towards personal hobbies. Students were also excited by the prospect of new kinds of jobs, and of AI increasing information sharing and communication. Repeatedly, students spoke of AI and automation as having the potential to completely disrupt and transform whole sectors of employment.

For students who expressed anxiety or fear, by far the most commonly mentioned challenges were the “loss of jobs,” “increased competition for existing jobs,” and “growing social inequality.” Students reflected on the threat of loss of privacy and on the possibility of hacking, fraud, and security breaches of all kinds. They spoke of their fear that reduced employment could bring about an identity crisis as human beings struggle to find meaning in lives marred by forcible unemployment. Some students also worried about the loss of skills and of human interaction that could accompany the rise of automation and AI, with human workers increasingly substituted by machines in all kinds of places.

For those students who studied the Hult Robotics course, many students claimed to feel more empowered and less frightened of the future than they did pre-course. 28% felt “more enthusiastic” about the changes AI could bring to their working life after finishing the Robotics course.

How do students see themselves in these futures?

All students felt that AI will impact their future career.  But despite this certainty about the impact of AI, there is a mixture of findings around how prepared students feel to navigate this future workplace. Almost two-thirds of students feel only “somewhat prepared” to navigate a workplace shared increasingly with technology. Only 20% feel “very prepared” and the remaining 18% do not feel prepared at all.

These findings may be explained by the current generation of students who took part in this research. They are on the cusp of entering the workforce and, as a group, automation will definitely impact on their working lives. Yet they have been educated in a system that’s only just beginning to wake up to the implications of automation for the workforce. Many students are not fully aware of what the future will hold and it is this uncertainty that may be impacting on how prepared they feel. As one student described:

Among the group of Hult students who took the Robotics course, 25% of respondents claimed to feel less anxious and better prepared for a future increasingly shared with AI. Learning more about emerging technologies and ways in which they were likely to impact the workplace gave students a sense that there were things they could do as graduates to navigate the coming changes successfully, rather than simply be overwhelmed by them.  Several students expressed a desire for more courses of a similar nature, arguing that students need to be strategic about the necessity to continually improve and upgrade their skill set and mindset in order to cope with the coming changes in the workplace. With the right knowledge and the right skills, they felt, the coming changes could work for them rather than against them. As one student put it:

we need to act now to gain a deep understanding and prepare ourselves for the digital age, which will also require policy changes to our educational systems

Overall, it was clear from the findings that universities need to do more to discuss this topic and also relieve feelings of uncertainty – particularly in this generation of students.

How do students plan to respond?

Hult students studying the Robotics course were asked in the pre-course survey what the top skills were that they felt they need to develop for a career increasingly shared with AI. Students identified the following strategies to help them succeed in a workplace dominated by AI and automation: 29% thought the best strategy would be to study computing, coding, and other tech subjects as this would be sure to give them a competitive advantage over their peers; 16% thought it would be wise to try and understand AI by studying it formally; 16% thought it would be better to focus on soft skills and so-called “human” subjects such as ethics and creativity; 10% thought it best to try and improve their own adaptability in the face of change; 6% thought they should study maths or engineering.

After they took the course, the Hult students were asked the same question again and their results were intriguingly different the second time around. As can be seen in the table below, 36% now felt that their best bet was to focus on those skills and subjects that AI was less likely to take over. They now placed human/soft skills as their number one strategy for survival. This mirrors some calls in academia and industry sources that similarly see a brighter future for soft skills and the humanities in a world where AI is more prevalent.

Students on Hult’s “Robotics, Business, & Society” course felt more confident and better equipped about their future in a workplace shared with AI.

Students perceived qualities and abilities such as complex decision making, critical thinking, intuition, emotional intelligence, grit, and entrepreneurship as areas that are exclusively human and are therefore less likely to be replaced by AI. Adaptability was also seen as hugely important, on the basis that the future workplace will be characterized by continual and rapid changes and that upgrading one’s skills is therefore essential. As one student described:

I think, for me, it’s [about] adaptation. I think that’s really important these days like everything is changing every day & all these things & I think if you can adapt well to any situation, especially in the case of robots, then you won’t have a problem.

The next blog post will focus on guidance to educators looking to understand and best prepare today’s workforce for the world of tomorrow. It will help students think critically about the kinds of future they could be navigating in a few years’ time.

Note: this blog is the second in a series of three. The first blog post introduces the Hult research project in more detail. This post focuses on the results of the research. A final blog post will focus on advice to students and to educators.

To learn more about Hult’s future-focused curriculm, download a brochure. 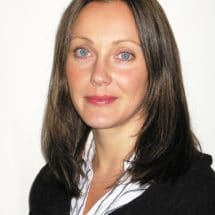 Dr. Carina Paine Schofield joined Ashridge in 2007 as a researcher in the Public Leadership Centre. Her research interests are in the areas of psychology and technology, in particular, issues surrounding trust and privacy and in the effective use of technology in enhancing learning. She also provides research advice and support to Ashridge faculty and has strong links to the wider research team at Ashridge.