Marketers have historically borrowed from the scientific community. Surveys, focus groups, and AB testing, for instance, are the inspired by the scientific method.

Neuromarketing is the next evolution of marketing. In this lesson, you'll be able to articulate the benefits of neuroscience as it relates to understanding the brain and marketing to your customers accordingly.

About the Young Business Leaders Series:

The Young Business Leaders Series is exclusively designed for business-inclined high school students who are curious about a global degree in business. This invitation-only opportunity is the first of this three-part series. All students who attend and participate in all three classes (March 24, March 31 and April 7 at 6pm EST/3pm PST) will not only get a sense of a few different college-level business courses with world-renowned professors at Hult International Business School, but also will receive a "Hult Young Business Leader" Diploma of Participation. This diploma is something that can be added to one's resume for any post-graduate education or business opportunities. 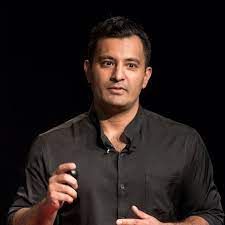 Prince Ghuman started his first company while attending UC San Diego. He went on to be the founding Head of Marketing at one of the earliest automotive e-commerce platforms which was awarded the title of one of the fastest growing companies in America for three consecutive years by Inc Magazine. Prince moved on to be the founding Chief Marketing Office of ZipZap, a cryptocurrency tech startup in San Francisco.

Most recently, he held dual roles as the U.S. Director of Consumer Marketing and the Global Director of B2B Marketing for OFX, a publicly-traded FinTech company handling over $100B in international payments. He was named as one of the Shakers and Movers by the San Francisco Chronicle and he is currently a Professor at Hult International Business School in San Francisco.