Join us for an interactive class with Professor Mark Esposito focusing on "Beyond the Fourth Industrial Revolution: How 2020 changed the course of the world". This class will be followed by a panel of Alumni and Current Students. Discover how the Hult MBA programme can launch your 2021 career to the next level.

At Hult, you'll learn through experience. That’s why we bring our Experience Hult events to you so you can get a feel for what it’s like to be a Hult student without leaving your home.

Beyond the Fourth Industrial Revolution: How 2020 changed the course of the world

After some of the most challenging months of our collective life, it is clear that the world is not looking at a new configuration and a new way of building itself back in. hopefully better and more resilient but definitely with novel structures. In this masterclass we will look at some of the main trends that emerged out of the crisis and how we all got propelled into the future in a matter of months. What lies ahead and what future will unfold will be part of our discussions as we navigate the chasm of a new world, rising. 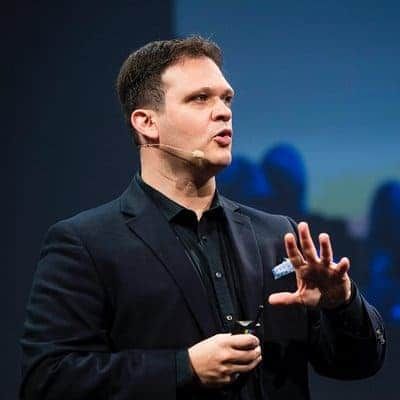 He holds Fellowships with the Judge Business School in the UK, as part of the Circular Economy Center; the Social Progress Imperative and with the Global Federation of Competitiveness Councils in Washington D.C.. He is also nonresident Fellow at the Mohammed Bin Rashid School of Government in Dubai.In 2017 he was named Global Expert for the World Economic Forum.

Mark is the Co-Founder and President of Nexus FrontierTech, an AI Studio, dedicated to the productions of AI solutions.

He was named one of the emerging tomorrow's thought leaders most likely to reinvent capitalism by Thinkers50, the world’s premier ranking of management thinkers and inducted into the "Radar" of the 30 most influential thinkers, on the rise.

Mark is the co-author of the best seller Understanding How the Future Unfolds: Using DRIVE to Harness the Power of Today's Megatrends. The framework contained therein was nominated for the CK Prahalad Breakthrough Idea Award by Thinkers50, the most prestigious award in business thought leadership. The DRIVE framework has also led Chartered Management Institute’s own magazine Professional Manager in the UK to name Mark as one of the 18 new voices in 2018 that reshape management and leadership. Talent Quarterly in the US called the DRIVE framework one of the 24 trends transforming talent management in the years to come.

Mark holds a B.A. and M.A in Social Sciences from the University of Turin in Italy, a PhD in Business and Economics from the International School of Management in Paris/New York and an Executive Doctorate of Business Administration from Ecole des Ponts Paris Tech.

He is fluent in 6 languages and in his non academic life, he holds the rank of Master Instructor, Black Belt IV Dan, at the International Budo Institute in Canada.

The program enriched my mindset: I’m more diverse, a better listener, and I analyze everything from scratch now. It helped me to get a better understanding of my business and my employees.