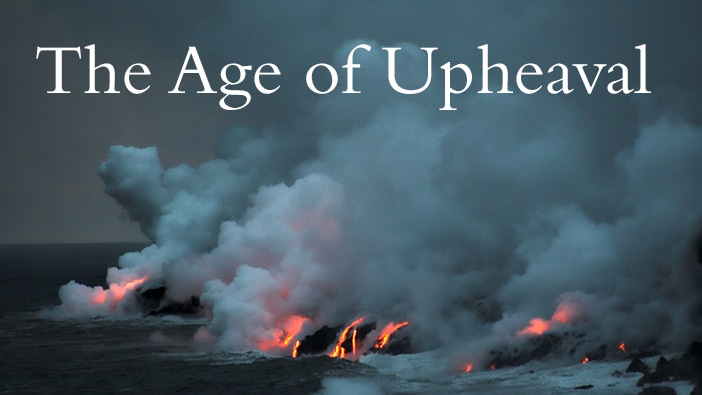 The global economy is in a greater state of flux than ever before and instability is the new norm. Developed markets have become stagnant and emerging markets are becoming submerged. Alongside this, new technologies are transforming industries in a matter of months, populations are shrinking in some markets while booming in others and megatrends like the importance of sustainability have made managing global business more complex than ever before.

It is in this climate that Hult International Business School polled over 250 CEOs and senior executives around the world to learn what keeps them awake at night, how they are coping, and where they see opportunities for growth in 2016 and beyond.

#1: Emerging markets are no longer the growth frontier

In advanced economies, many executives expressed concern that emerging markets have begun to lose their luster. Among the vaunted BRIC economies, Brazil and Russia are mired in difficulty and India has fallen far short of expectations for recovery, while China, by far the most important of the BRICs, grapples with a slumping economy and collapsed stock market.

Amid market instability, the technology landscape is also shifting. The proliferation of powerful mobile devices will leave few industries undisturbed.

According to projections by Ericsson, there will be 6.1 billion smartphone users by 2020, equating to 70% of the global population. Most new users will come from Africa, Asia, and the Middle East. Web traffic on mobile devices now exceeds that of computers in nearly 50 countries. Consumer mobile spending is expected to more than triple to $626 billion by 2018.

In an age where mobile phones and web-enabled devices are ubiquitous, new volumes of data offer enormous opportunities but also vulnerability to hackers and cyber-terrorists. 83% and 75% of CEOs rated mobile disruption and internet disaggregation of their industry, respectively, as ‘very significant’ or ‘significant’.

No sector is immune to technological change. The rapid rise of services such as Uber and Airbnb shows how quickly new entrants can upset large established players. Cross-sector competition is the new reality, as powerful technologies break down barriers between traditionally discrete industries. By 2018, according to Tata Consultancy, one third of the top 20 companies in most industries will have been disrupted.

CEOs understand that success against digital disruption requires constant innovation. Accordingly, the highest ranked of all strategic priorities in the survey was the need for speeding up innovation.

Underpinning these overarching megatrends of global market instability and technological disruption, our report shows that there are additional concerns related to profound demographical shifts across the globe. Populations in many developed nations, along with Russia and China, are aging and shrinking. Meanwhile, Africa and the Middle East are struggling to cope with population booms. CEOs must adopt different strategies for different geographies accordingly. By 2030, two out of every three members of the global middle class will live in Asia.

Additionally, with Generation Y now entering the workforce and people living and working longer, many organizations now face a five-generation workforce, where staff in their 70s and 80s collaborate with those in their 20s and 30s. This trend has resulted in 37% of CEOs in our report citing multiple generations in the workplace as a ‘very significant’ issue for their organization.

#4: Sustainability and CEOs as social entrepreneurs

For 21st-century CEOs, business needs and sustainability needs are increasingly intertwined. The integration of emerging markets into the world economy through globalization and the impact of digital innovation have improved quality of life for millions. 87% of CEOs ranked consumer demand changes and ethics, and responsibility requirements of sustainable business, fourth and fifth out of 21 issues that were ‘very significant’ for their business. Most consider this an opportunity: the thinking being that sustainability may hold the key to growth.

What does this mean for business leaders in 2016?

Hult’s survey of CEO’s suggests a consensus among global executives that, in order to succeed in this new era, leaders must not only be aware of these macro global trends but also have a higher degree of training/capability to deal with uncertainty, technological changes and rapid decision-making on the basis of complex and often contradictory information.

Above all, executives told us, leaders in the Age of Upheaval must be more creative than ever, and demonstrate extraordinary resilience—the capacity to cope with complexity and retain a sense of calm confidence amid chaos.

Fill in your details to get the full report

Hult offers a range of highly skills-focused and employability-driven business school programs including a range of MBA options and a comprehensive one year Masters in International Business. To find out more, take a look at our blog Future thinking: Taking your Bachelor degree beyond business. Download a brochure or get in touch today to find out how Hult can help you to learn about the business world, the future, and yourself.