Home > Community > Flying the rainbow flag in the workplace 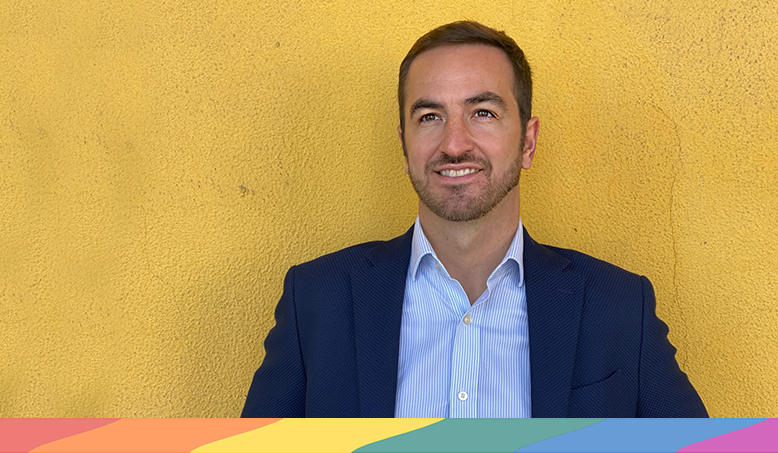 Flying the rainbow flag in the workplace

P — PROTECT EACH OTHER

We all deserve to feel safe, wherever we are. When I joined TATA Consulting, they said “Oh, just join the Women’s Network.” But that’s not enough. Each of the letters of LGBTQ+ brings its own complexities to the table. Today, there are nearly 1,000 of us in the network.

Since the Brexit vote, violence against LGBT people increased fivefold in the UK. I’ve been a victim of hate crime myself. I know how important it is to talk about it and get support. That’s why I got involved with the anti-violence charity, Galop. Violence can happen to anyone, anywhere—your sister, your brother, in the street, on the bus. And the more voices we can amplify, the more people start to come forward with their own stories.

0.5% of Fortune 500 company directors are LGBT. In society, that figure is 5-10%, so we are completely underrepresented at exec level.

TATA is an Indian multinational—being gay was still a criminal offence in India when I joined the company, and the company wasn’t doing enough to take a stand. I wanted to create an employee network where I could share why LGBT employees are important. I found out very quickly that there were unclear equality policies and many things that should be working more effectively within the organization. For example, if you were a gay parent, you didn’t have the same rights as you had as a heteronormative parent. We started moving really fast to change things like bullying, sexual harassment, parental and adoption leave, IVF rights. Soon after, I got nominated for the Financial Times Top 50 LGBT future leaders. And then, it kind of exploded in terms of the visibility that I had—not only for my colleagues at Hult, who didn’t know about me being out, but also for my organization. And my sense of responsibility really increased to be fighting from the top for equal rights in the workplace.

When Tim Cook, the CEO of Apple, came out in 2014, he talked about the importance of speaking up. If you can help someone who is struggling to come to terms with who they are or bring comfort to someone who feels alone—or even inspire companies and organizations to become more equal, then it’s worth standing up and speaking out. This really inspired me to push on. Sometimes it’s hard to offer up your personal and private life so openly, but I know so many others fight to get to where I am today, so I have to keep fighting to make sure one day we have the equal rights.

Every day, I publish something LGBT-focused, highlighting violence and suppression going on around the world. And I notice more and more people within the network posting more and talking more within their organization. Some days it’s just a case of taking baby steps, but they’re all steps forward.

Research shows that diversity improves company performance and creativity—especially at the top. And companies who are more LGBT inclusive perform better than others. Start talking, and you’ll find yourself a bunch of allies prepared to work with you to make a change.

I couldn’t believe it when I heard I’d been shortlisted for the British LGBT Awards as a Diversity Hero. Being an immigrant, trying to work my ass off at work in one of the most competitive cities in the world, wearing this second hat of diversity and inclusion—is not easy. This award is a reminder to continue doing what I’m doing. And to do it more!

I think the first step is just—DO SOMETHING. “Something” could be just looking out there at what others are doing and trying to replicate that within your organization. And then you can shape it. At first, no-one wanted to come forward and single themselves out. People were very nervous. But then more and more people started telling me of their experiences. And I could take that to the senior leadership and to HR, and that was powerful.

Be brave enough from the beginning to just talk to each other. Go to HR and say, “Look, I’m also part of the LGBT community and I would like to set up an employee resource group.” Be clear on your objective: Representation? Recruitment? Community? Equality policies? All of them?

Start small, see the benefits and go from there. People will open up. 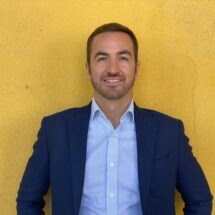 Filipe is a Hult MBA graduate and a multilingual consulting and business development professional with +15 years of international experience in new business development, business strategy, negotiation, and technology in the energy, renewables, and construction sector. Filipe is curiosity-driven in finding innovative solutions while using interpersonal skills to connect people and ideas across borders. As an active supporter of the LGBTQ+ community, Filipe is chair of the TCS LGBT+ network and D&I TCS Council Leader. He's received many awards for his contribution to the community, including Yahoo Finance! Top 100 OUTstanding Executive.