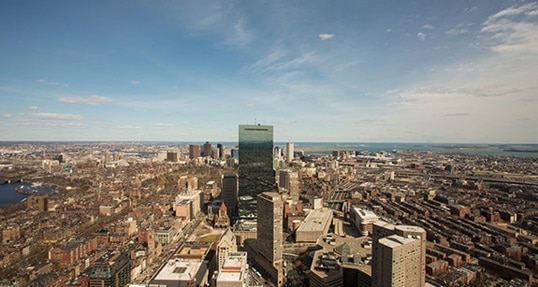 The idea of “doing good while doing well” is hardly new. But the Y Generation’s response to it is different. They are literally taking on a youth revolution that extends from one part of the world to the other, while changing the conversation around social good and entrepreneurship.

My colleague Ahmad Ashkar, founder and CEO of the Hult Prize, one of the world’s leading platforms for social change, would be the first to agree—and has pointed to three major reasons why the youth revolution is taking place: 1) Information communication technology is interconnecting youth from around the world; 2) Corporations are being forced to consider social impact; and 3) Academic institutions—having caught blame in the recent financial crisis—are forced to rethink what they teach.

The school, which was renamed to Hult International Business School in 2003, has grown from less than 70 students on one campus in Cambridge, Mass., to around 3,000 students across five campuses located in Boston, San Francisco, London, Dubai and Shanghai. Hult is also expanding into new and emerging markets, and recently opened a “rotation center” in São Paulo—where a student can take electives after completing the first six months at one of Hult’s home campuses. In 2014, it will also open a new rotation campus in New York and double its capacity in Boston, where the school currently offers a one year intensive MBA and MIB (Master of International Business).One academic institution that has taken a leading position on the topic of doing good and doing well is Hult International Business School—formerly the Arthur D. Little School of Management, which is why I am very proud to work as dean of its founding Boston campus.

Hult International Business School is one of few business schools that has taken on the concept of doing good and doing well with an array of programs and resources dedicated specifically to action and impact. The business school offers a dedicated master’s degree program in Social Entrepreneurship. (A social entrepreneur is someone that launches social enterprises, or businesses, that focus on both social and financial return.) Each of the students in Hult’s one-year master’s curriculum is taught fundamental values that differentiate them from your average business student.

The school’s teaching principals are based on Action Learning. The concept was pioneered by Arthur D. Little in the mid-1940s and has since been adopted by some of the most prestigious schools in the world, including Harvard Business School and Stanford University.

Action Learning implies that students typically work in teams solving real-life challenges. The professor works primarily as a facilitator of learning with strong emphasis on reflection throughout the learning journey. As a business school, Hult believes in practical hands-on learning rather than purely theoretical business knowledge. The faculty members are real-world practitioners and students work on business challenges and projects throughout the year. The goal is to nurture and enhance business acumen among students to ensure they can plug back in to the business world immediately after graduation.

It was also this action-based curriculum that led to the inspiration for what has become one of the world’s leading platform for social enterprise as well as the world’s largest student competition for social good: the Hult Prize.

As a Hult International Business School MBA student, Ahmad Ashkar came up with the concept after listening to Charles Kane, the founder of local Cambridge-based, One Laptop per Child, speak about game-changing innovation at the bottom of the economic pyramid. Ashkar, having had no previous experience in social entrepreneurship heard Kane talking about selling products to the poor as a means to solve poverty. The concept of selling a product to someone who made less than $2 a day grabbed the attention of Ashkar who, had spent the majority of his pre-MBA career as a real estate banker. It was then that Ashkar had his “ah ha” moment. He had to raise awareness around the topic of social entrepreneurship and create a platform where his peers from around the world could also be introduced to this novel concept. If this group of students from around the world were going to end social challenges, it was certainly going to be through the use of the model that Kane had discussed in class. In the weeks to come, Ashkar was able to convince Kane to help him construct the prototype for what is now known as the Hult Prize.

In the past four years, the Hult Prize has grown into a global initiative and is often referred to as the “Nobel Prize for youth.” The annual contest, which is fully sponsored by Hult

International Business School and run in partnership with President Clinton and the Clinton Global Initiative, brings together more than 10,000 participants who submit their game-changing ideas, aimed at solving one of our world’s most pressing social challenges. Each spring, a global, World Cup-style tournament is hosted by Hult’s campuses in Boston, San Francisco, London, Dubai and Shanghai. At these events, university student teams of five pitch social enterprises to executive judges who fly in from all over the region to help select the winner. Solutions are specifically geared towards a particular topic which President Bill Clinton personally selects each September. Following the regional round, winning teams are then flown into Boston, where they spend two months inside an incubator-like facility, where their new and innovative idea will be turned into full-blown prototype along with the development of an investment ready corporation. Last, a final round of competition is hosted by President Clinton on the first day of the annual Clinton Global Initiative meeting where the winner is awarded $1 million in seed capital to launch their new company.

So far, this year’s competition has resulted in five global finalists teams (an online winner will also be announced). One of the most spectacular ideas came from McGill University in Montreal. The team, who won the regional final in Boston, proposed reducing food insecurity in urban slums by harvesting and feeding people with high-protein insects and particularly crickets. Meanwhile, the University of Cape Town came up with a prototype of a pre-fertilized, fail-proof seed that can be grown in any climate and with 80% less water than conventional means of farming.

Although it is unclear how much of an impact Hult has had on the students and their ability to solve some of the world’s most critical issues, it has certainly taken an active role in empowering them, while taking the concept of “doing good while doing well” to the next level. The more important question—of whether it will put an end to our most pressing social problems—remains to be seen.

Republished from the New England Journal of Higher Education.

Make the most of what your career has to offer with a Masters in International Business from Hult. To learn more, take a look at our blog Hult scores in top 20 in The Economist’s Which MBA? ranking for 2019, or give your employability a huge boost with an MBA in international business. Download a brochure or get in touch today to find out how Hult can help you to explore everything about the business world, the future, and yourself.